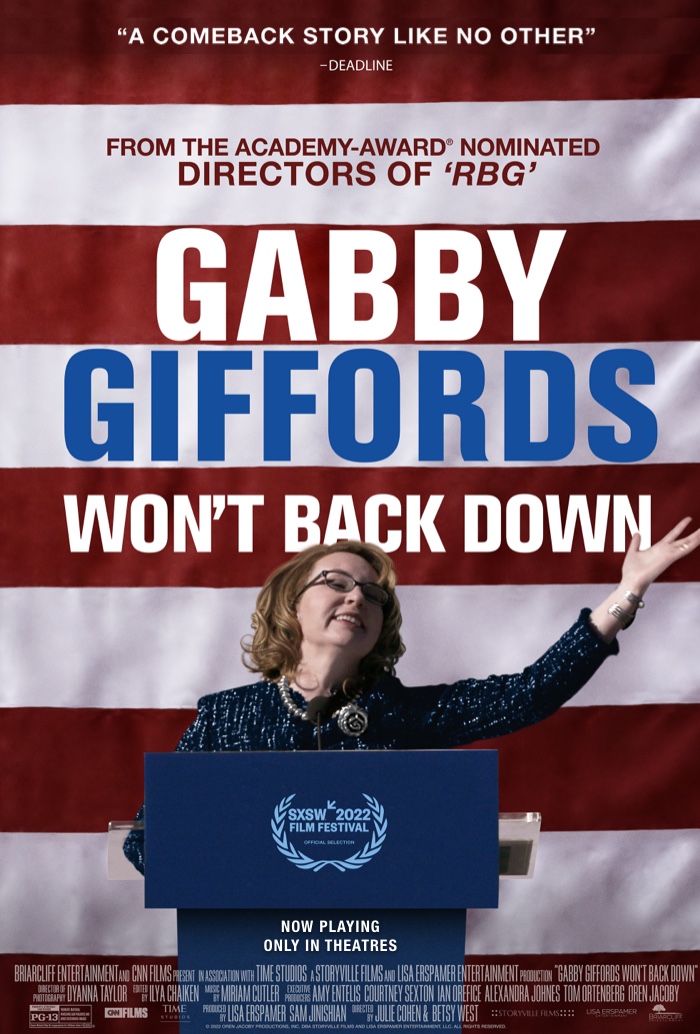 This week saw “Aphasia” in the news, as Gabrielle Giffords, former AZ Congresswoman introduced her long awaited documentary:  “Gabby Giffords Won’t Back Down”.  This powerful film chronicles Gabby’s life and her political journey that was tragically cut short by a targeted act of violence in January 2011 that took the life of 6 people and caused injury to 13 others.  Gabby sustained a gunshot wound to the brain, partially paralyzing her, causing visual impairment and resulting in severe aphasia and apraxia of speech.  Gabby’s journey with APHASIA is documented with videoclips from early days in the hospital to her dedicated practice of speeches for her current efforts to stop gun violence.  TAP clients and others who have witnessed aphasia’s impact will recognize the power of music and song, the need for consistent practice and the often grueling effort it takes to rewire the brain and gain back those precious words.

The film, touted as “A Comeback Story Like No Other”, was released in theaters for only 2-3 days this July and is anticipated to be streaming on CNN later this year.  Directed by Betsy West and Julie Cohen of the famed RBG documentary, this movie will inspire and challenge you as it paints the picture of what it takes to overcome the struggles of a traumatic brain injury.  Aphasia is well represented, aiding us in increasing the awareness of aphasia across the globe.  Our TAP family will be pleased to see the clear presentation of aphasia as a language disorder, versus one of intellect or memory.  The entire aphasia community is appreciative of the awareness that Gabby, her family and the film-makers provided with this film.  For more information on the film, visit:  https://www.gabbygiffordswontbackdown.com/home/ 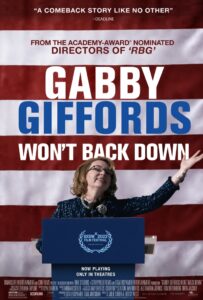 This website uses cookies to improve your experience. We'll assume you're ok with this, but you can opt-out if you wish.
Accept Reject
Manage consent

This website uses cookies to improve your experience while you navigate through the website. Out of these, the cookies that are categorized as necessary are stored on your browser as they are essential for the working of basic functionalities of the website. We also use third-party cookies that help us analyze and understand how you use this website. These cookies will be stored in your browser only with your consent. You also have the option to opt-out of these cookies. But opting out of some of these cookies may affect your browsing experience.
Necessary Always Enabled
Necessary cookies are absolutely essential for the website to function properly. These cookies ensure basic functionalities and security features of the website, anonymously.
Functional
Functional cookies help to perform certain functionalities like sharing the content of the website on social media platforms, collect feedbacks, and other third-party features.
Performance
Performance cookies are used to understand and analyze the key performance indexes of the website which helps in delivering a better user experience for the visitors.
Analytics
Analytical cookies are used to understand how visitors interact with the website. These cookies help provide information on metrics the number of visitors, bounce rate, traffic source, etc.
Advertisement
Advertisement cookies are used to provide visitors with relevant ads and marketing campaigns. These cookies track visitors across websites and collect information to provide customized ads.
Others
Other uncategorized cookies are those that are being analyzed and have not been classified into a category as yet.
SAVE & ACCEPT